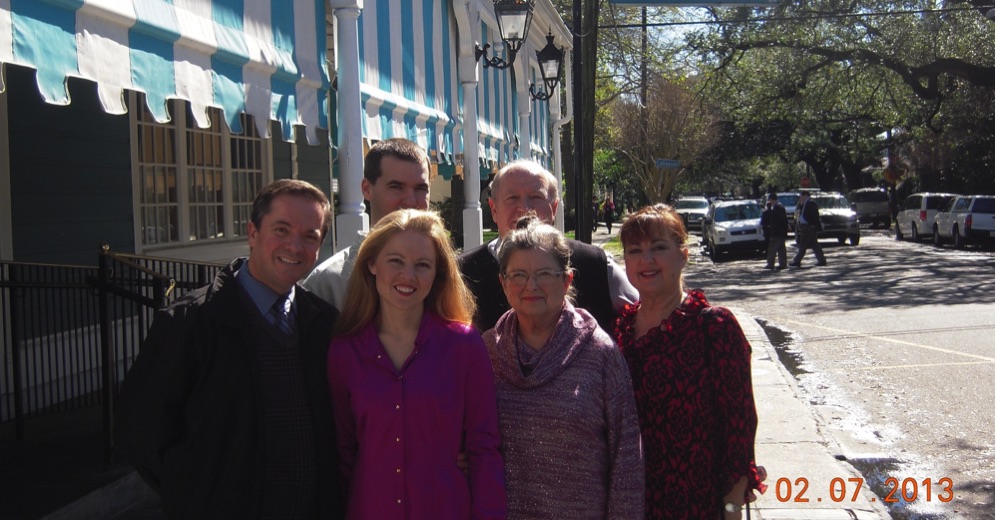 Dr. Kristina Young-Goodner, and her husband Ben Goodner  — and their family — have been at the helm of the Krewe of Good Gifts ministry since they were called by the Lord in 2014! Ben has managed and produced live entertainment at a “large local theme park owned and operated by a mouse” for more nearly 30 years. Kristina has directed the acclaimed Calvary Chapel Downey High School Chorale for the past 11 years, and has numerous full-length Broadway musicals under her belt, including the classic Fiddler on the Roof, the hauntingly beautiful Titanic, Disney’s Beauty & the Beast and recently Disney’s Lion King. Kristina’s vocal and stage programs have produced talented graduates who want to serve the Lord with their gifts.

Since 2014, Ben, Kristina, her family, and some of her talented alumni -- and many others! -- minister together as part of the Krewe of Good Gifts. Their productions of Godspell & Titanic: The Musical ministered to packed houses at five different Southern California churches. In 2015, the Krewe of Good Gifts presented The Father’s Love Letter, an interactive worship experience presented through many visual and performing arts mediums presented throughout Southern California. The Krewe has also been very involved in their community, ministering in music as part of church holiday programming, as well as at hospitals, prisons, and at Rose Hill's Memorial Day event.

God has given each of you a gift from his great variety of spiritual gifts. Use them well to serve one another.